Approximately 45 minutes north of New York City we reached the entry to the Marshlands Conservancy.  The drive into the parking lot was a single lane road which initially made us think we were driving the wrong direction down a one way. We noticed there was a speed limit sign facing in both directions, so we came to the conclusion that this narrow road was indeed for two way traffic.

The Marshlands Conservancy is located along the Long Island Sound in Westchester County and is great spot for birdwatching. According to their website, more that 230 species have been observed at this location. This salt marsh Conservancy is also one of the few in New York open to the public. For more information on this wildlife sanctuary, check out their website and be sure to read their rules on acceptable behavior at the sanctuary in order to respect the park and the wildlife that exists on these grounds before visiting. 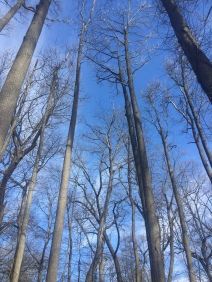 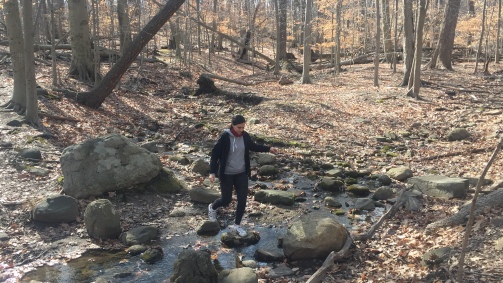 We took the path that originated to the left of the Visitor Center.  The trails through this forest section were indicated and bordered by cut limbs placed along the ground. We didn’t see trail markers on the trees so we simply followed the designated path marked out. Certain sections had large trees/limbs that had come down from past storms across the path, which made us lose the trail from time to time. Check out how large this fallen tree was! 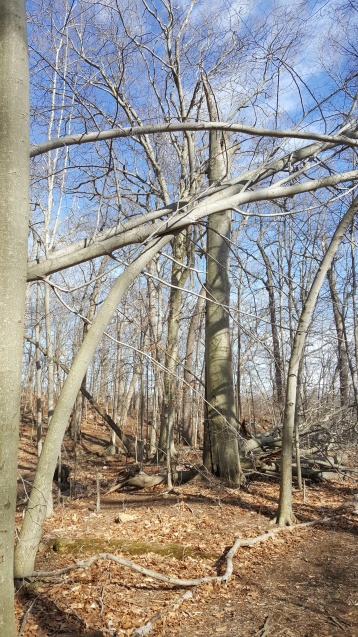 As we walked along this trail, it brought us down to the Long Island Sound and we could see the salt marshes. Being that it is still winter, the salt marsh was a bit brown and yellow but with spring around the corner it’ll be exciting to see this place perk up back to life. 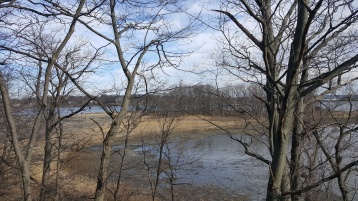 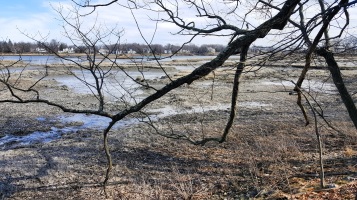 We eventually crossed a bridge that brought us out of the forest and to the other side of the stone wall. This path ran alongside an open field where the wind really picked up since there were no trees to break its path. Had we initially taken the path to the right of of the visitor center we would have ended up on this trail. It eventually comes to a fork where you can either head left and take the trail down to the marsh or continue towards the right where you will come to a small alcove overlooking the marshes below.  We were able to complete both before ending our visit and heading back to the lot where we left our car. 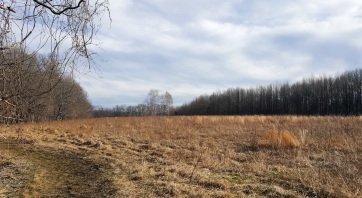 The best part of this entire trip was walking along the path through the marsh.  The reeds came up on both sides of the trail and the wind blowing through them was magical. Though there was no color in the marsh, it was a wonderful contrast to the sky and gave us some captivating photos and videos. 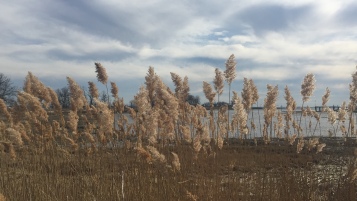 Be sure to check out our video of our time at the Marsh!

Thank you for reading!