On Saturday October 20th, 2017 we headed out to what I believe is the most scenic park on all of Long Island in the fall time, but that will be decided once we visit them all. 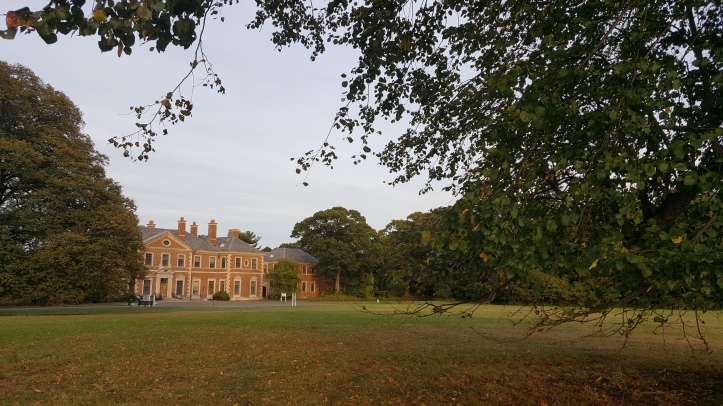 As Anna and I have a really bad habit of leaving for all our adventures at real late hours in the day,  we didn’t arrive to the park till around 3:30pm.  But that worked out in our favor as we had forgotten our Empire State Park pass at home, and the park ended up being free after 3pm.  Yay us, for being procrastinators. 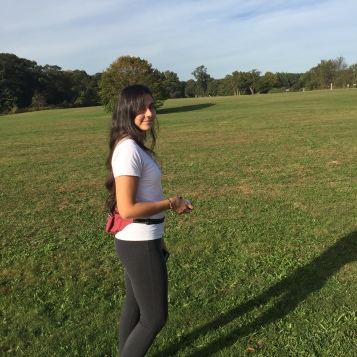 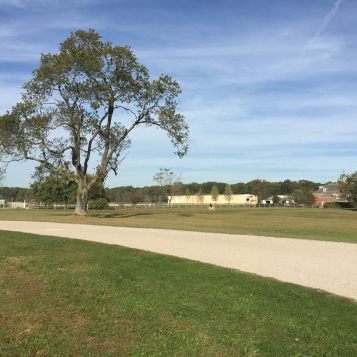 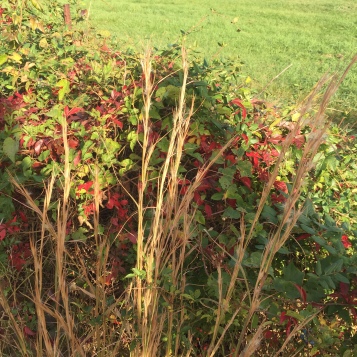 The weather was perfect for a slow and peaceful walk.  I threw on a light sweater from the car and we headed down the tree lined path by the overflow parking area.  We headed down the path that ran along the side of the stables and open field.  On the map it is labeled P1. 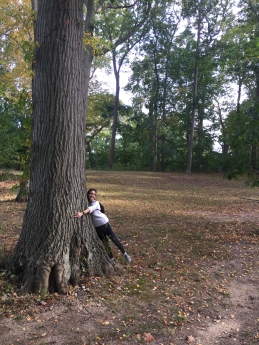 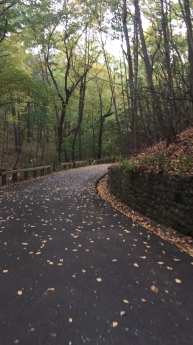 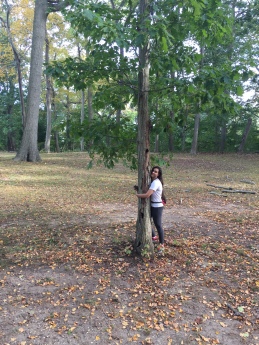 Guys, the views are spectacular and all I wanted to do was just stand in place and do absolutely nothing but view the breathtaking tree line and vastness of the park.  When I say vastness, I mean that the open fields that surrounded us on part of our walk made it feel as though we had been transported to English flatlands.  All we wanted to do was run across the field flailing our arms around, which in the end, we did.  Well, I did.  Anna just felt the need that it had to be recorded. 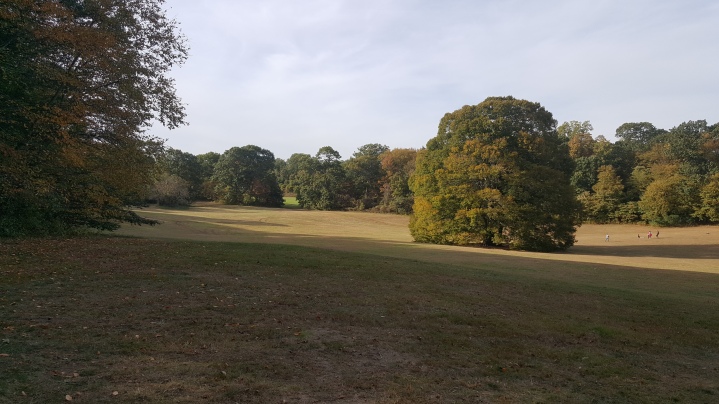 Our path then came to a fork by the foot of the Main house and we chose to go down the trail that led to “the pond”.  Well, we didn’t see any pond, so we ended up taking the path down the beach and as Anna tried to record the water…I know.. Weirdo, I sat on the somewhat moist sand waiting for her. 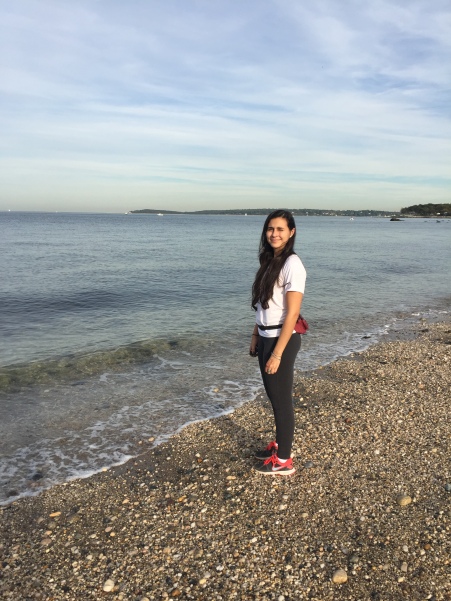 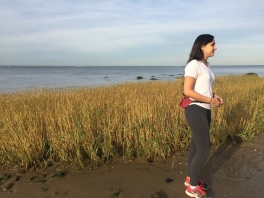 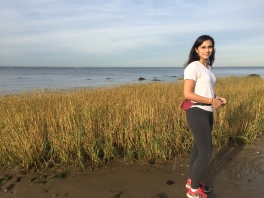 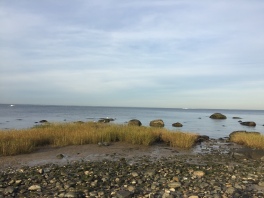 After a while, the sun started to make its way down and we decided it would be a great time to head on back. We took a path that we had seen others come down to the beach with and guess what, there was the pond.  As the sun was slowly setting, the rays of light that fell on the water were glorious.  We snuck into the small alcove that is hidden amongst the trees to take some pictures.  Due to the lack of wind the top of the lake was smooth and looked like glass reflecting all the trees that surrounded it.  It was very peaceful. 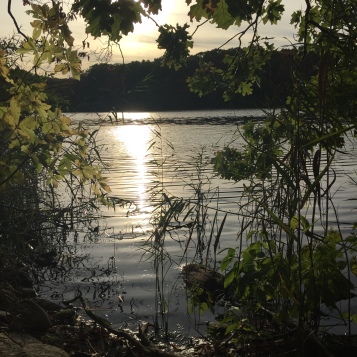 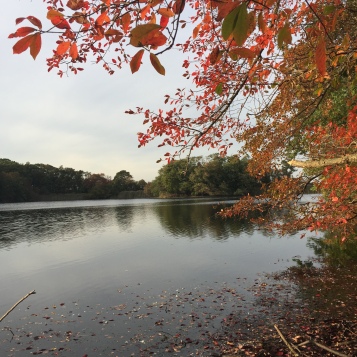 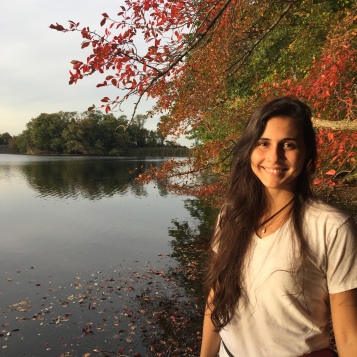 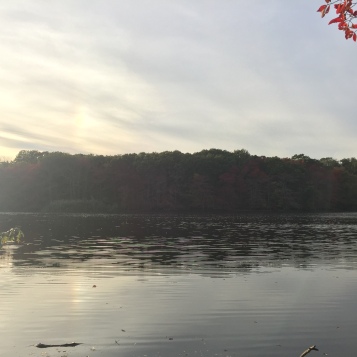 The trail eventually led out to an open field with a large hill leading up to the Manor House. It’s hard to imagine that someone used to wake up and the first thing they would see out the window was the exorbitant beauty of that landscape. 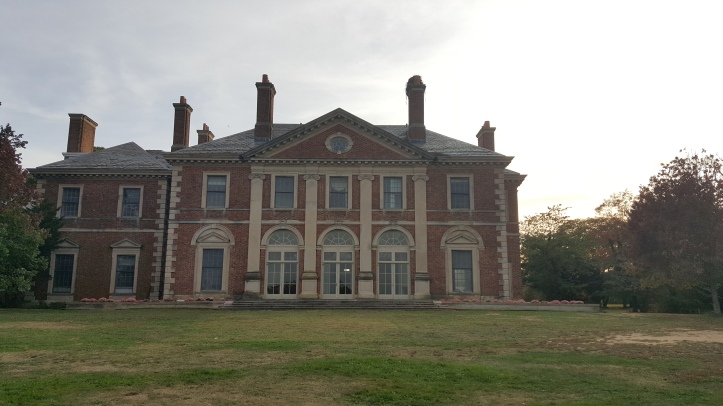 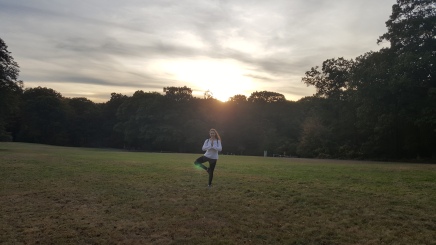 Anna and I have fallen in love with this park and we can’t wait to go back and take others along with us. 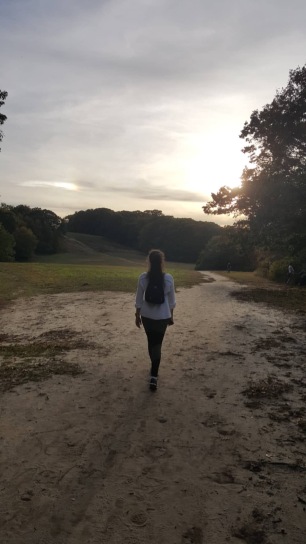 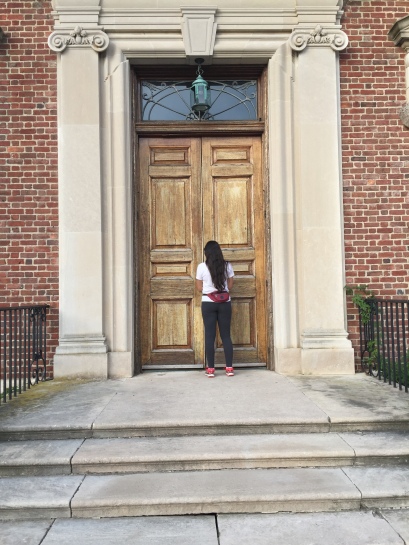 Let us know if you make a visit and feel free to check out the video of our visit!